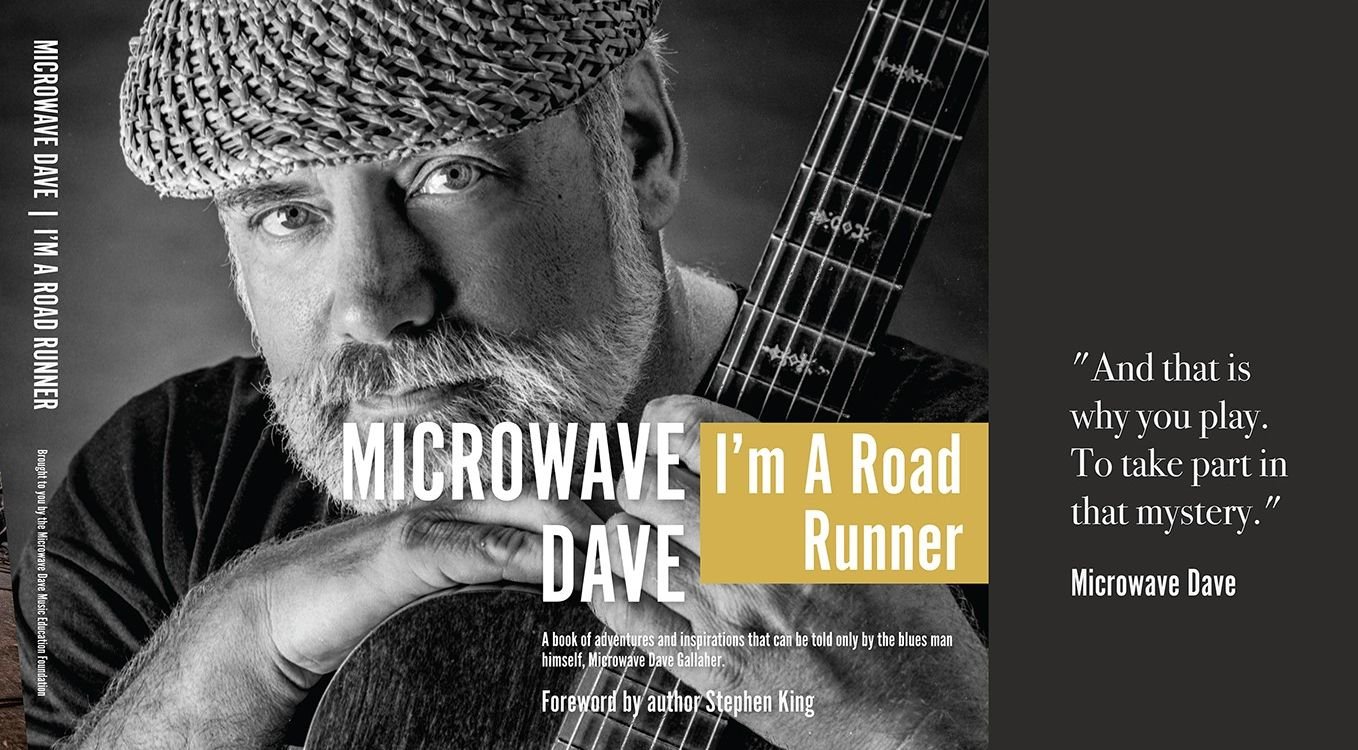 Pick up your autographed copy of esteemed musician Dave Gallaher’s newest book at The Fret Shop today!
Autographed books are being offered on a first come first served basis while supplies last.

The following information is taken from the Microwave Dave foundation website:

The Microwave Dave Music Education Foundation is proud to announce the Microwave Dave coffee table book, “I’m A Road Runner!” The hard back book is full of colorful stories and magical photos of the musical adventures and inspirations as can only be told by the man himself, Microwave Dave Gallaher. The Foreword is written by Legendary Author and Blues Fan, Stephen King. In describing Microwave Dave and the Nukes, King wrote, “That electric slide guitar will change your way of life.”


A little about Dave Gallaher:

Thirty-two years of performances in the U.S and Europe have helped Microwave Dave establish a wide multinational audience. The “Nukes" have performed in international stadiums, bars, blues festivals, blues cruises and continue to have a major performance presence during Daytona’s Bike Week. Microwave Dave Gallaher was born in Chicago but has lived the majority of his life in the Deep South. His life growing up was steeped in music, beginning with singing in a children’s choir and rambling through a host of instruments including trumpet, French horn, ukulele, guitar, and a bit of accordion. After serving his country during Vietnam, he returned to the states to purse his passion and career in music, attending Berklee College of Music in Boston. In Boston, Dave joined Cameron and Company and moved to Ft. Lauderdale, Florida for a twelve-year run. Eventually renamed Cameron, the band recorded three albums and played 300+ dates a year, including many concerts appearances with name attractions of the period. During three years of Nashville-based touring, Dave began to long for the music that was closer to his blues / r&b foundation, and he moved to Huntsville, Alabama in the mid 1980s and took up woodworking, including lunch-break guitar jams with his foreman, Rick Godfrey.