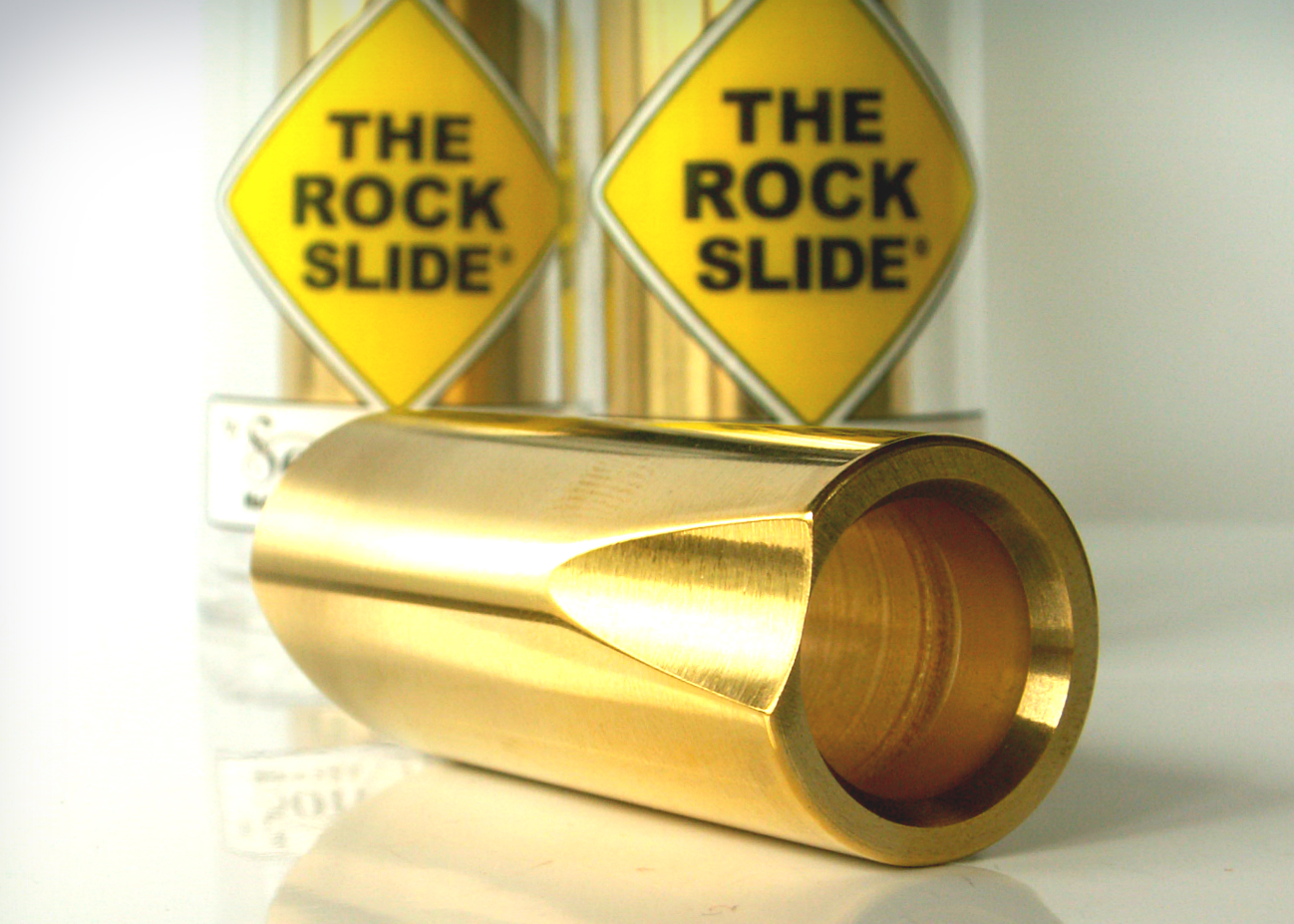 In-store pickup items will be processed in 2-4 hours. You will receive a text or email notification when your item is ready for pickup.

"While playing the club circuit in the late seventies, I was always less than satisfied with the guitar slides available at music stores. It always bugged me how slides would pinch the inside of my 2nd knuckle. While home on a break I decided to grind out the cutaway section of a chrome slide I had at the time. It immediately made a big difference in the comfort & stability. This got me thinking some years later that the concept could be taken much further.While the cutaway was convenient the interior was still “pipe like”. My research led me to a creative metal manufacturing company in Spokane, Washington that utilized computer driven Swiss screw machine technology. I decided to utilize CNC and CAD drawings to take my project to the next level. Once the design was finalized and patented, we loaded our design into the computers and The Rock Slide was born.

This type of manufacturing is common in the automotive and aerospace industries and produces consistent, identical slides. We have now sold over 55,000 slides and the feedback from players is always great."

This is the slide that started the Rock Slide® revolution in 1999. Features include a tapered interior, finger rest, knuckle cutaway & a highly polished finish. Specifically designed to improve the way you slide and sustain!
The Polished Brass & Aged Brass Rock Slide have huge sustain. Why so much sustain? Because the heart of The Rock Slide is the solid brass rod that is CNC carved to fit your finger. This particular brass formula is very heavy which is the best for tone and sustain. The walls are thick and get thicker towards the end of the slide because of the internal taper design. We intentionally added a tone ring at the fingertip end which adds mass and helps secure your finger. Like a Hawaiian tone bar cuts through the mix with more weight and mass, so does The Rock Slide.
NOT JUST A PIECE OF PIPE. LARGE ROCK SLIDES are one of the heaviest on the scene. This makes for killer sustain on the thickest of string gauges and a down-right dark sound.